In August 2012, the GotView Smart 7-3G tablet computer appeared on the counters of Russian stores, which is designed for work and entertainment. The novelty has a very low weight, so it is convenient to take it on the road.

GotView Smart 7-3G has an attractive appearance, although it is made in the classic style for tablets. On the front surface is the display, control buttons and camera for video link.

The device has an ergonomic durable case, which is pleasant and convenient to keep in hand.

The assembly of the Smart 7-3G is performed well: there were no suites and creaks during operation. 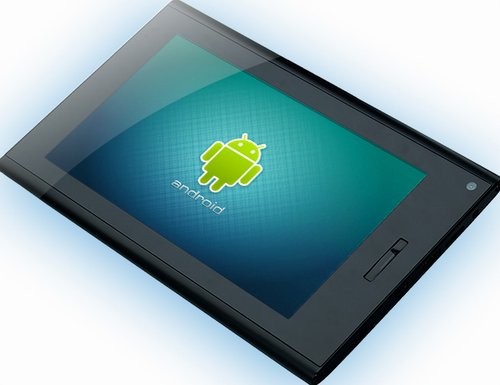 GotView Smart 7- 3G is based on the 1-core 1.2 GHz clock frequency, MALI-400MP graphic accelerators, 512 MB of operational and 4 GB of integrated memory (there is a microSD slot . This hardware "filling" allows you to play modern games, view 3D movies that can be displayed using the port HDMI, which is equipped with a tablet.

As stated by the manufacturer, the graphics accelerator allows you to view films in FULL HD format, as well as in QFHD-quality (3840x2160 pixels), but in reality with decoding such films problems arise.

With the help of a 3G module, it is possible not only to surf on the network, but also make calls as on a mobile phone.

GotView Smart 7-3g is equipped with a 7-inch capacitive sensory improved TFT display with a resolution of 800x480 pixels. The phrase "Superior TFT display" means that it has increased viewing angles and brightness.

According to GotView, the manufacturer of this tablet, the screen characteristics are close to displays made using IPS technology, so the image will have bright, saturated and contrasting colors, even in sunny weather.

Note that, indeed, compared to a conventional TFT display, the screen of the Smart 7-3G is brighter and more contrasty, but the fading in the sun is still significant.

GotView Smart 7-3G only has a 0.3 megapixel front camera for video communication.

The tablet computer is equipped with a 3500 mAh lithium-ion battery, which, according to the manufacturer, should be enough for 5 hours of battery life in video mode and up to 24 hours of work in music listening mode. In reality, with a very light use of the tablet (3G, Wi-Fi, video), the battery lasted 4.5 hours.

GotView Smart 7-3G will cost 7500 rubles in Russia, which is not bad for a tablet with similar characteristics.

How to enable secure android mode

How to change the font on Android?