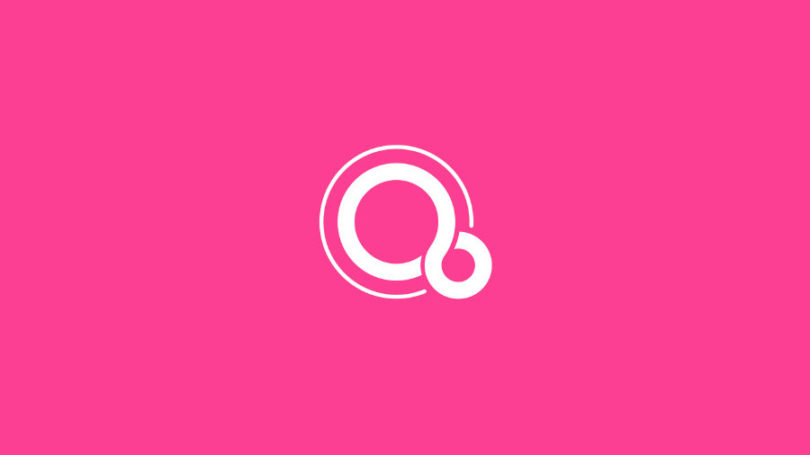 In 2016, it became known that Google began to work on a new operating system, which allegedly can replace Android and even Chrome OS.

Before last year, FUCHSIA information was almost absent, then an image of the home screen of this system appeared. Now the new "Operation" works on PixelBook devices. There is an opinion that in the end Fuchsia can become the only Google system.

Attention to Fuchsia OS in the press is huge - it's time to systematize information about this platform.

entering the system, you will notice that its interface looks unusual. Fuchsia uses Escher's own Rendering Program, which specializes in shadows. Windows, notifications, buttons, pop-up menus have clear layers, all images differ in depth. The wallpaper is similar to the view from the window, and not on the flat image behind the icons.

Now there are 2 options for FUCHSIA interface: modern mobile under the code name Armadillo and a more traditional desktop Capybara. Armadillo does not have a list of applications and shortcuts, but a combined view of recent applications, quick settings and Google tapes are available. Capybara is still at the initial stage of development and contains only taskbar, a place for fast settings and something similar to the "Start" button.

What Armadillo looked last year, can be seen on the video:

each application opens in its card, they can also be combined into a common card. The user will be able to run two programs in one card and access more action. The Armadillo interface is not similar to the traditional home screen, because the emphasis is on the tasks, and not on separate applications.

functions, from the very beginning, FUCHSIA was developed for interacting with Google Assistant. All the contents of the screen, everything you do and can be displayed in the assistant. At least, this is said in the system documentation.

In Android, the assistant studies the contents of the screen if you hold the Home button, but Fuchsia gives it deeper access. You can be in a browser and read a restaurant review, then open the calendar to check the date, say "OK, Google, invite Marina to dinner," and the assistant will understand what to do.

Assistant Dan access to such objects such as contacts, places, objects, events, concepts displayed inside the Fuchsia platform.

On which devices will work

In the modern world, most users have a non-one device, but a few - such as computers, smartphones, tablets, laptops, Smart watch. Taking into account the current FUCHSIA state it seems that Google wants to make the system work on each of these devices.

The main problem of this approach is to preserve progress in work. The Ledger software solution comes to the user. Thanks to the LEDGER, the applications automatically save their state on different devices as soon as the user enters the account. Google describes LEDGER as a distributed storage for FUCHSIA. Naturally, all data is stored stored in the "cloud".

The idea is simple: Close the chrome on the smartphone and open on the laptop - the tabs will be the same. If you forgot to save the document before the completion of the computer, open DOCS on your smartphone and save. The battery was discharged while you worked on the project? Go from the computer and continue.

Since FUCHSIA and on a computer, and the same smartphone is not at all necessary to possess both devices. You can install a smartphone to the docking station, for example, insamsungDex, and work on with a large screen with an analogue of the desktop.

There are architectural differences from Android and Chrome OS

Android and Chrome OS are based on Linux, which is approaching three dozen years. The Android problem is that before the Treble project appears, the Linux kernel update depended on the manufacturers of devices, and so few people wanted to do. Even a few months after the Treble exit, some manufacturers do not want to add its code to their devices. Because of this, Android remains potentially vulnerable to new exploits, the patches for the closure have already come out, but they did not have time to get to many devices.

FUCHSIA is delivered from such a shortage thanks to the Custom Zircon kernel, which was created with an appreciation. Applications on FUCHSIA are isolated and deprived of direct access to the Zircon kernel. This is how an additional security layer occurs, which prevents application incompatibility with the device after updating the operating system, from which Android suffers.

What is the advantage of Fuchsia for developers

at all stages of development of the Google operating system, I remembered the needs of third-party developers. Most user interface elements are written via FLUTTER framework in the DART language, which will probably seem familiar programmers working with JavaScript and Java. The programming language Google Go is also supported. System developers will be able to use the Rust language, and Swift language support is provided for Apple iOS developers.

Many of these languages ​​are interchangeable. Using the FIDL protocol, a Dart interface can interact with code written in Go. Other combinations are available. This gives developers the opportunity to expand their toolkit and choose the language they know best and which is suitable for a particular task.

When will the system reach users

This is a difficult question. Fuchsia looks good in its current state, but its functionality remains to be developed for a long time. There is not even a full-fledged browser on the OS, although work is underway on porting Chrome.

Fuchsia should not be expected before 2019. Google is in no hurry to share information about the new OS, so there is little confirmed data - experts can only speculate. Fuchsia is likely to change dramatically by the time smartphones with this OS go on sale.