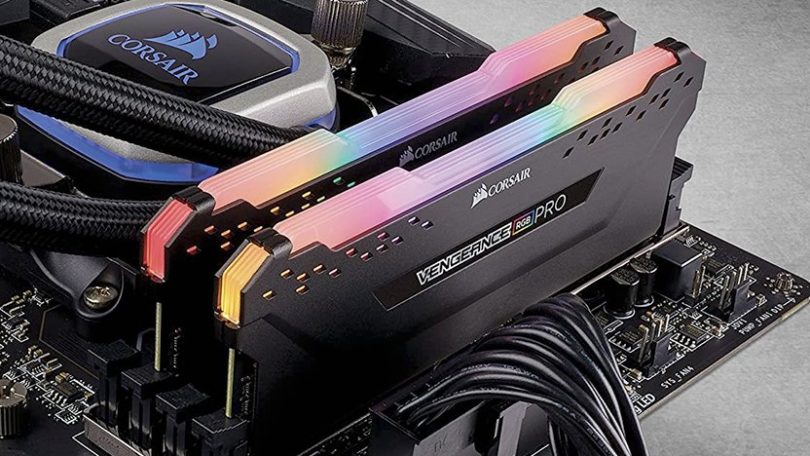 What will happen if you put two strips of RAM of different volumes or from different manufacturers in the computer? The operational storage device (RAM) is surrounded by many different myths and delusions that the time has come to dispel!

RAM (operational storage device) is one of the most important components of any computer and smartphone. RAM is needed for the operation of system processes in real time: browser, postal customers, office applications, computer games, and so on.

Thus, the RAM task is to perform a temporary storage feature of the data and commands that the processor is needed to perform certain operations. However, there are many differences regarding whether it is possible to use strips of RAM of different memory volumes, brands and frequencies (speeds).

In this article we will try to answer all the questions and dispel the most common myths. 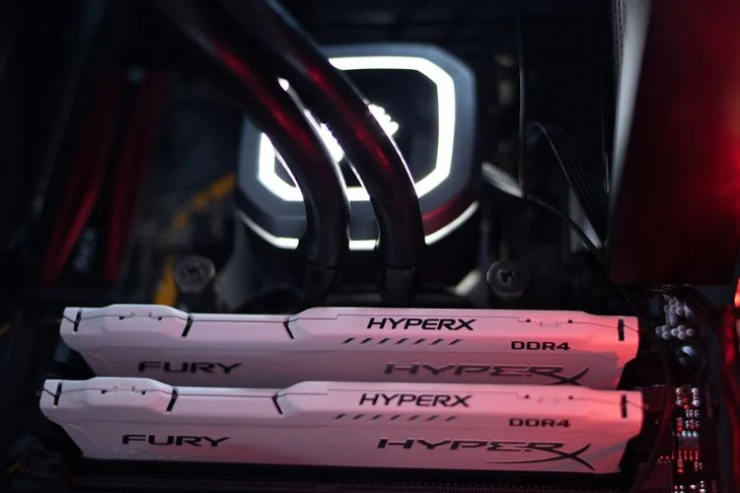 Most laptops and computers are equipped with at least two slots for RAM, if not more. In addition, many modern motherboards have four slots for RAM.

Pretty widespread is the myth, which can not be used the planks of the RAM of different volumes or manufacturers together.

If briefly, then this is not true.

So, is it possible to put the planks of different volume or manufacturer? Answer: Yes. But there is one "but": mixing different modules of RAM - not the best solution for performance systems.

To ensure optimal computer performance, it is recommended to use the planks of one manufacturer, the same size and with the same frequency. The fact is that RAM consists of several components that together ensure the optimal operation of the device. 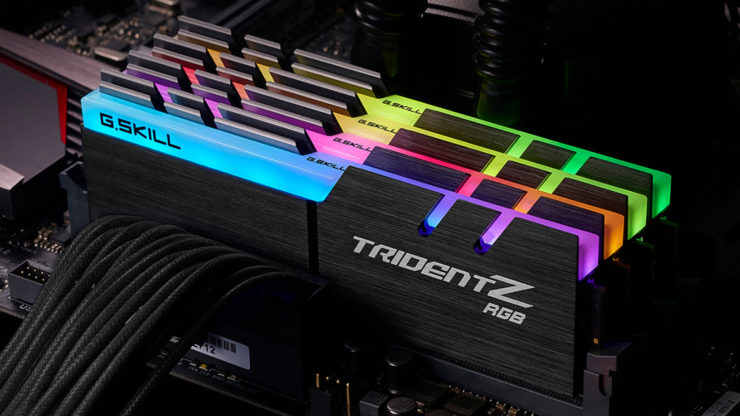 Thus, RAM works best in a pair with exactly the same equipment. For optimal performance, RAM should operate under the same voltage, and the corresponding controllers should interact well with each other and with the motherboard.

That is why it is best to use the same model of RAM in all slots.

However, this does not mean that you cannot put the planks of different memory volumes. For example, if an RAM is already installed on a PC on 4 GB, then you can still add another on 8 GB.

As soon as you enable two-channel RAM mode, the devices will work as two strips of 4 GB, working side by side with optimal performance. 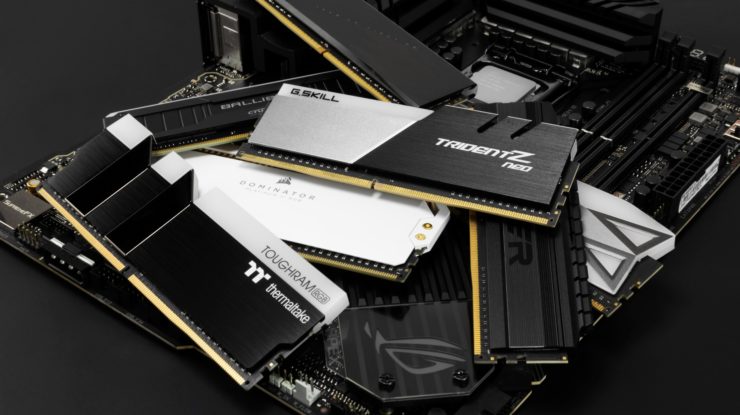 The remaining 4 GB will work in one-channel mode. In general, this is not as fast as the use of two slats of the same size, but productivity in any case will increase.

The same applies to frequency and speed. By default, RAM will work together at the lowest bar frequency.

So, should the volume, manufacturer, frequency and speed of RAM should the coincidence? No, but for optimal performance, the same models should be installed.

"On my computer already enough RAM"

"of this volume RAM is enough to run software. You do not need to add more, "quite a common advice that you often find on the Internet.

Yes, the planks on 8 GB can be enough to start applications, but this does not mean that the computer cannot work even faster. The more RAM, the better, even if you put two strips of different volumes.

Here everything comes down to how the applications are created: most developers are written their programs so that the application requests a certain percentage of available RAM.

If the computer uses only 60 percent (or any small percentage) from the general capacity of RAM, this does not mean that you do not need more RAM. Yes, programs that you use everyday can request only 60 percent RAM, but the remaining 40 are saved for other tasks that you can run in the future.

As a rule, for computers, the minimum size is 4 GB, and 8 GB is recommended for ordinary users. Gamers, professionals working with graphics, video or sound and other enthusiasts should acquire at least 70 GB, while 32 GB systems are becoming more and more popular. 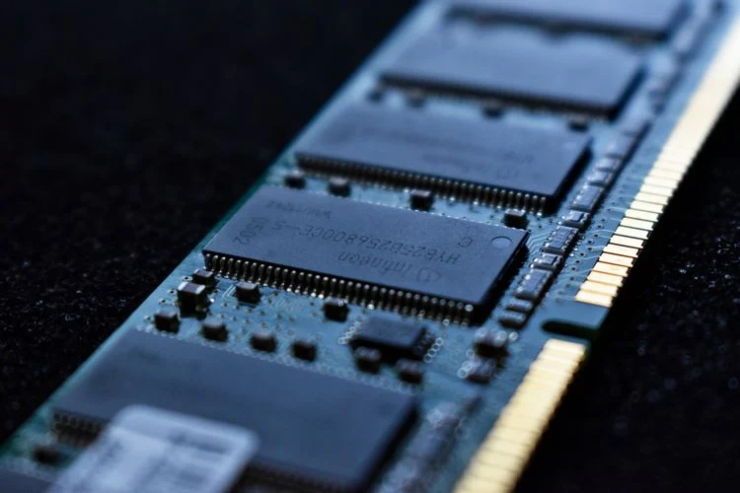 You probably know how many RAM Installed in your phone or PC.

When someone says that there is more RAM on his computer, then you automatically think that its system works faster. But this is not necessarily so, since not only the capacity of RAM determines the rate RAM.

Among the determining factors of the performance of RAM also shall be distinguished speed and frequency. As in the case of the central processor, the RAM has a clock frequency. What it is higher, the more RAM operations are capable of performing in one second.

One of the problems with which you may encounter is the inconsistency of RAM speeds, which can affect the work of the PC.

Generally speaking, the usual user is unlikely to notice a greater difference between 8 GB and 16 GB of RAM. However, the replacement for a speedy bar with the same 8 GB can lead to a significant increase in the speed of the computer.

"When the operational memory is released, it will earn faster"

one of the most common myths It is about RAM that you need to always release the rapid memory so that it worked faster. This error occurred after the influx of various programs like "RAM accelerators" and "RAM optimizers".

In fact, it is not necessary to clean the RAM. On the contrary, if it is filled, it is even good because the operating system and software of your computer must use each batch of available RAM.

The release of RAM with the help of various accelerator programs will not give an even account anything. This, on the contrary, can slow down the system, because under the "release" means the process during which you delete certain tasks from RAM.

Do not confuse RAM with the drive. RAM automatically manages data: if 4 GB is installed on your PC, the system will constantly write, wash and overwrite these same 4 GB.

However, this does not mean that it is necessary to constantly fill up the RAM to failure, as this may lead to other problems at speeds.

Most of the modern operating systems use the so-called paging file, also called virtual memory. It is needed to compensate for the lack of RAM, if applications are missing.

The virtual memory is really useful because it does not allow the computer to slow down. However, if you often ends with RAM, then it is time to think about to expand it.

Let's return to the myth of increasing the RAM speed due to its release. Do not use third-party software that "frees memory or speeds it." They do not work - it is only a waste of time. Not to mention the fact that there is a high probability to put the virus on its device.

"You must always put a paired number of RAM Planks"

Another one The myth is that you should always use the paired number of RAM planes. As in the first paragraph about different sizes, the delusion says that you need to always put two, four or six RAM modules.

But this is not true, since you can even put one bar - that is why manufacturers often produce and sell single models.

You can also use three planks if you want, but, as we have already described above, it may lead to a decrease in overall performance. If your PC is equipped with two identical 8 GB modules, then they will work in two-channel mode, providing the most efficient system performance.

Now assume that you have three strips of 8 GB. Thus, the total amount of memory is 24 GB. Great, isn't it? However, depending on the configuration of your system, such as the RAM and the motherboard model, the installation of the third module can disable the support for the two-channel mode for the first two planks. Thus, despite the larger capacity, the overall performance can decrease.

The network can be stumbled upon a large number of disputes regarding the number of RAM modules.

put the pair number of devices is optional, but this may negatively affect the overall performance of the system.

"RAM is arranged differently on iPhone and Mac" 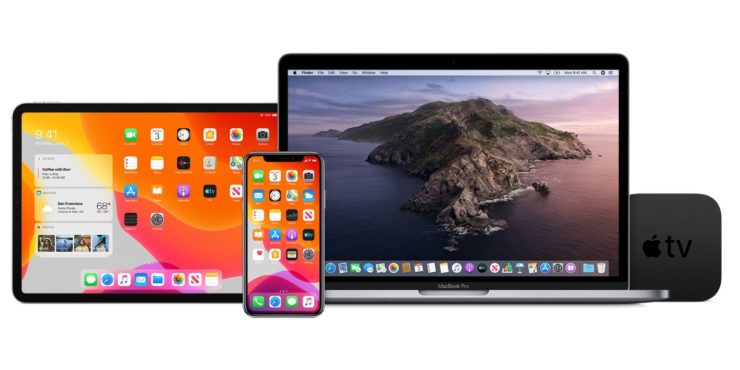 Apple applies a slightly different approach to RAM compared to PCs and phones based on Android, so many of the above rules are not applicable here.

Basic architecture iPhone is very different from Android. The American company primarily tries to properly distribute the resources of its iron due to smart file compression algorithms in the RAM.

That is why Apple never declares how many RAM is installed in a new iPhone. As a result, even the old iPhone models work faster than the best modern Android smartphones.

Unfortunately, not all Mac models allow you to update the system operational memory. Yes, for many Mac users, this is not a problem, but there are exceptions.

Well, here we reviewed the five most common myths about RAM.

Thus, to summarize, it should be said that it is possible to put on the computer to put the planks of the RAM of different manufacturers, frequencies, memory volumes, and so on. The device will not stop working from this, but the speed will suffer - the computer will work slower. Therefore, in order to obtain optimal performance, we still advise you to put the same RAM models.

How many RAM do you need a smartphone? Experts tell

The best smartphones with 12 GB of RAM