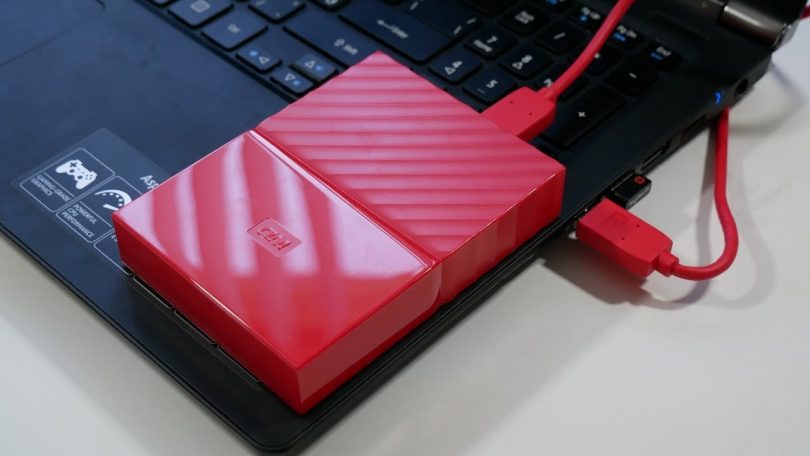 The cloud is the most modern, but not always available type of storage. If the Internet disappears, access to files will disappear. A portable external drive from the availability of the Internet does not depend: it is always at hand, ready to engage in work.

Despite the popularity of cloud storages, the need for flash drives and external disks does not go anywhere. Usually external drives are used to store backups from a computer, laptop and phone. You can throw off everything that is not placed in the memory of the PC itself, and in the event of a computer breakdown, the data can be restored in a few minutes.

Only one question remains - how to choose an external drive? Let's talk about important parameters. 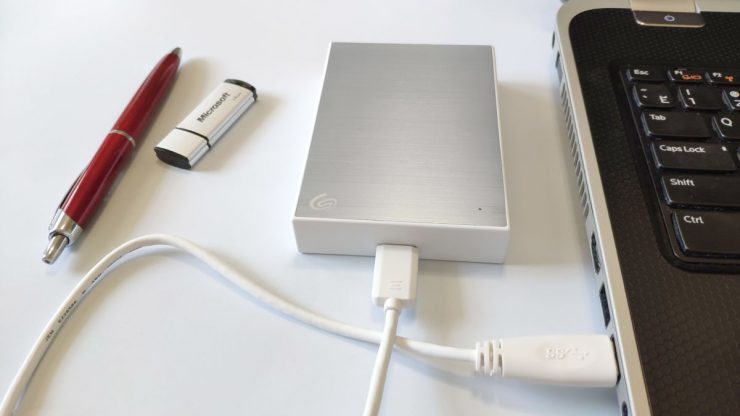 The most significant specification at the drive is its capacity. It makes no sense to buy a high-speed disk with encryption if it cannot accommodate the required amount of files. On the other hand, it is unwise to spend a lot of money to a huge disk, which over the years of operation will not be filled with half.

So what is the capacity optimal? We can't lead specific numbers, because it all depends on your needs.

For office work, that is, the transfer of documents and media files between computers is suitable for a medium-level flash drive. Consumer units accommodate up to 2 TB of information, but most often such models are unnecessarily expensive, and with office workers a large capacity for nothing. Therefore, you can do in an inexpensive version of 64 or 128 GB for work, for which stores are asking for 1.5-2 thousand rubles.

Home Drive for File Points You need to choose more. Take a look at portable disks per 1 TB. This is sufficient to the most different goals, although there are more capacious models - for example, external HDD Seagate Backup Plus is available from 1 to 5 TB. Its price varies from 3.5 to 10 thousand rubles. 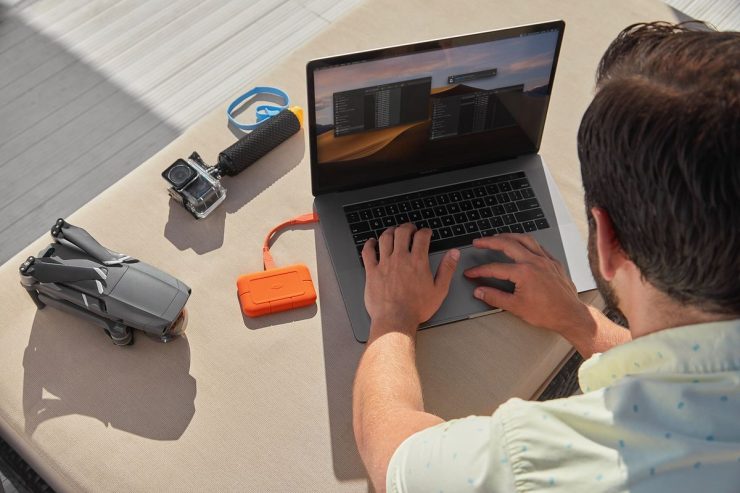 External drives are two types - solid-state SSD and hard drives HDD. In essence, these are two different ways to store and process data.

In hard drives are "pancakes" - rotating plates to which the files are written using the head. Due to the moving elements, characteristic sounds are heard when the disc is kept. The speed of revolutions is higher, the disk is noiser. SSD are arranged in a different principle: they have transistors that turn on / off depending on the incoming electrical pulses. They do not have moving parts, hence the lack of any sounds when working.

SSDs are significantly faster than HDDs, but SSDs cost more for the same capacity. When choosing a budget option in the form of an HDD, keep in mind that this type of disk is vulnerable to physical impact and cannot be dropped. We can say that it is preferable to choose an SSD as a portable drive. It is worth stopping at the HDD only under special circumstances - the budget is limited, a very large capacity is needed. 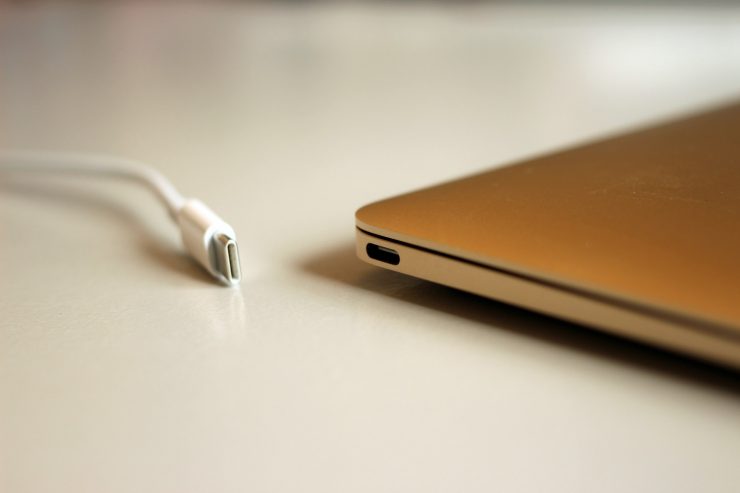 Data processing speed is as important as storage capacity. If you often need to transfer files from your computer to disk and back, you are unlikely to want to wait long.

There are two factors that affect speed the most: the storage technology and the interface used. SSDs have high speeds.

As for the connection interface, most external drives use a USB connector. Here you need to take into account that there are different generations of USB and there are differences between them regarding data transfer speed.

USB 2.0 is an old standard and should be avoided as the maximum speed is only 480 MB/s. Typically, a USB 2.0 port is not specifically color-coded; it is either black or white.

Current generations of USB are 3.0, 3.1 Gen1 and 3.2 Gen1. Their specifications are similar, they all provide speeds up to 5 Gb / s and are usually colored blue. USB 3.1 Gen2 and USB 3.2 Gen2 operate at higher speeds up to 10 Gbps. Visually they are distinguished by red color.

In terms of connectors, the most common type is USB-A. It has a rectangular shape, the connector connects to it in only one position. USB-C is newer, smaller and more rounded, the connector can be inserted in either direction. Video output via USB-C is carried out using the DisplayPort protocol. Some connectors use the USB-C port type, but work with the Thunderbolt 3 protocol at transfer rates up to 40 Gbps.

Alternative connectors such as eSATA and Firewire are found in older devices, but their performance is no longer up to modern standards and should be discarded if possible.

So the first thing you should look for when choosing external storage is Thunderbolt 3. If a drive that supports it seems too expensive or your computer is not equipped with USB-C Thunderbolt 3, then look for USB 3.1 / 3.1 Gen2.

If you are looking for storage exclusively for home use, you can organize a NAS based on it. In fact, this is the same cloud, but completely personal. The NAS system works as an autonomous wired device on the local network, combines multiple drives and storage modes. ProMise Technology, Qnap, Synology and some other companies are engaged in the production of disks for NAS.

NAS will constantly be in touch, but you will not be able to put it in a bag to hire or on a trip. If portability is important, this option disappears.

There are many compact and light external drives, for example, samsung T5. With a small amount, it has a decent capacity. If we compare SSD and HDD, then the first to have smaller dimensions.

Another reason to make a choice in favor of the soliditor - durability. HDD manufacturers protect their products with reliable materials, but the presence of moving parts inside is already in itself a weak place. There is no mobile mechanics in SSD, so a stingy blow or fall from the table is unlikely to somehow affect the performance of this disk.

Some personal and working data require protection against foreign intervention. Many drives offer encryption software solutions, configure them easy, and it is difficult to overestimate.

To protect particularly serious information, hardware encryption will be needed. Among portable drives there are options with a keyboard for entering a PIN code, for example, APRICORN AEGIS Padlock.

From attempts to open the mechanical path, protects the high-term case. Kingston IronKey series drives are small in volume, but emptiness inside with epoxy resin. Such a design withstands harsh handling and makes it difficult to access the content. But if the attacker still removes the memory chip, the built-in cryptocipp recognizes intervention and will prevent decrypt data on the new device.

Just acquired external discs are often formatted under some specific OS. This also matches: pre-formatted under Windows 10 disk will have problems with connecting MacOS, and vice versa. There are also discs prepared for work in Linux.

This setting is reversible. The disc can be translated into another file system, but it will take time. If you choose the drive to work with it immediately, look for such that is compatible with your working OS. External storage for games is a separate topic.

The data transfer rate is particularly important here, so there is a big sense to choose SSD: it will have a loading of the game in two faster than with HDD. No less important is the presence of USB 3.1 / 3.2, although new consoles and gaming computers will soon receive higher speeds.

The gamers will be a useful automatic copying feature and universal compatibility. Some models, for example, Silicon Power ARMOR A60 have a built-in cable compartment and a durable case.

Some drives are designed specifically under a specific console: in the Seagate Game Drive family there are separate models for PlayStation and Xbox.

All of the above characteristics must be considered primarily. But there are also additional aspects for which it is also worth paying attention, especially if you have not yet decided on the purchase.

Increased warranty period matters if you are worried about the reliability of the selected device.

Sometimes there are no cables with a disk, or they are not the ones that you can use on your computer. It is preferable to buy a disk equipped with a cable. But if your PC has a USB-C or Thunderbolt connectors, and the drive comes only with a USB-A cable, you just can't connect it. You have to buy another cable or search the storage with a compatible interface.

Finally, some external discs have a function of working through Wi-Fi. Usually they have a built-in battery and Charger based on USB, but they are much more expensive than wired analogs.

How to choose headphones

How to choose an external microphone for smartphone?

How to choose an external battery for smartphone?

Top best applications to determine the number on Android

How to connect wireless headphones to Android

How to enable guest mode on Android