at the international exhibition CES 2021 consumer technologies had a lot of interesting things, and in this article we will tell about the latest standards and trends that will accompany the TV industry In 2021. 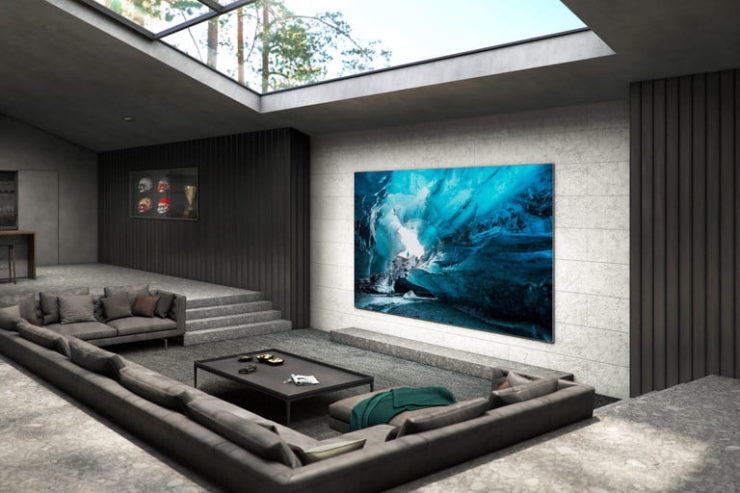 TV screens continue to increase, and many users are increasingly and more often preferred models with a diagonal of 60 inches and more. The manufacturers, of course, noticed this, because of which every year they create more similar devices.

First of all, the company Samsung presented the Micro-LED line of the TVs: it includes 88-, 99- and 110-inch models. It is worth highlighting LG Z1 OLED, available in two specifications: 77- and 88-inch.

Special attention deserves the BRAVIA X90J Sony (32] (diagonal from 55 to 100 inches). Do not think, however, that large models are fixed only for the "high-end" segment, since TCL introduced three 85-inch models, one of which is very affordable.

The release of so large displays is not a surprise. Given that many people are forced to stay at home because of a pandemic, funds that could be spent on vacation and other canceled events were invested in the purchase of various techniques, including televisions.

Thus, users spend much longer before the TV at home, and it is quite logical that many will want to purchase a larger screen for home entertainment. 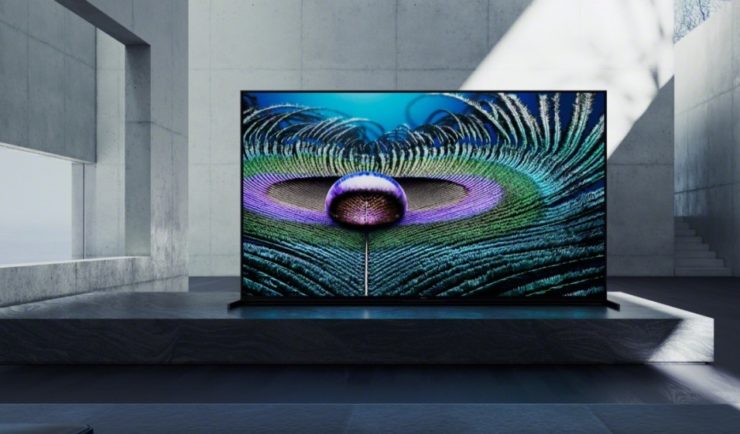 The story has a property to repeat, and we We observe this and in the case of TVs. A little more than seven years ago, the first 4K TV were announced, and over the next few years, manufacturers have released many models, but many consumers complained that it does not make sense, since it did not have the necessary content.

In 2019, almost all sold TVs had 4K permission, and today there is a sea of ​​content at Netflix, Amazon and Disney + streaming platforms.

Now the same thing happens from 8K TVs, which are moving to a new level of development. Manufacturers begin to equip their lineups with premium functions, forcing those who prefer high-quality televisions, buying exactly 8K models, although they are practically no content.

On the mass transition to 8K could be guessing last year, when TCL announced that her 6K 6-series televisions would go to 8K in 2021. Over the past eight years, the company LG Received a lot of great reviews about their OLED TVs. However, it is worth noting that for a long time the company was the only manufacturer of devices of this kind. Not so long ago, Sony, and now Vizio, entered the market OLED TVs.

In addition, we see how other brands do everything possible to improve TVs based on LCD / LED displays. This will impose OLED competition, by increasing the level of black, reduce the effects of halo, increase the homogeneity of the screen and permission.

The MINI-LED technology appeared, and TCL became the first company that submitted Mini-Led TV in 2019. In the 2020th, the brand continued to equip the technology of the popular line of the 6th series, and this year on the exhibition CES 2021 and Samsung, and LG announced mini-led televisions.

This technology is distinguished by the fact that it uses tens of thousands of mini-LEDs, so that we get improved contrast and deeper black. It is also worth noting the cost, since this technology is cheaper than OLED.

However, the price difference is not so large. In addition, LG Display has enough time to reduce the cost of producing OLED panels and increase its effectiveness. The result was the strengthening of competition in the OLED TV market and reducing the cost of their production, which is why the models with such a display are cheaper. Recently, LG announced that the line A will be the most affordable on the market. This trend has become popular back in 2019, and since then continues to grow. Here, first of all, you need to thank the company TCL, which equipped the models of the average level QLED displays and introduced mini-LED technology in low-cost TVs. And the brand is again taken at the old one, this time adding 8K permission to its 6-series TVs.

However, TCL is not the only manufacturer offering premium functions at an affordable price. Vizio for a long time was a top player both in terms of quality and performance, as and Hisense.

Meanwhile, the release of Sony X900H showed that in 2020 it is worth expecting excellent performance and functions at a surprisingly low price, and we are waiting for the same thing to be true and regarding X90J released in 2021 year.

In 2020, many manufacturers tried to make their TVs as convenient as possible for Gamers, however, in 2021, this is a separate direction, for which you can thank the new standard HDMI 2.1.

HDMI 2.1 provides a variable update frequency (VRR), thanks to which you can play in 4K permit with the update frequency 120 Hz or 8K at 60 Hz, as well as automatic mode with a low delay (allm), Superior HDR and many other functions, but these four are especially valued among gamers.

In addition, given the appearance of the gaming consoles of the new generation, which also support all the above functions, and a series of powerful video cards for PCs that soon HDMI 2.1 will be supported, now gamers have the opportunity to play competitive tiatals for much large screens.

This year at CES 2021, Sony announced five new rules of televisions that are equipped with two HDMI 2.1 ports. LG, in turn, offers four ports on OLED TVs of the C, G and Z series.

So far, only TCL has uncovered its plans relative to HDMI 2.1, but, given the company's track record, there is quite The high probability that the Chinese brand will still show itself.

Curved TVs and their prospects in 2021

The most necessary applications for the tablet

10 Useful Gadgets for Summer on GearBest