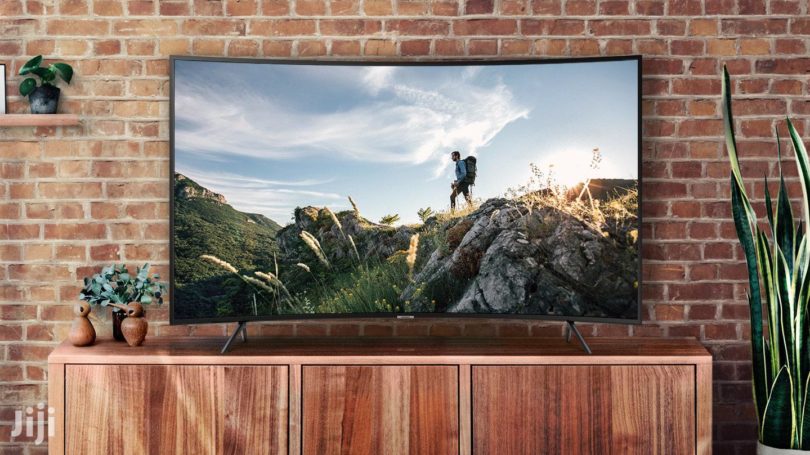 For several years, curved TVs were actively advertised under the guise of a new stage in TV history. We tell where they disappeared.

From the very beginning, the TVs with a curved screen were worthwhile. For some families, they were exorbitantly expensive and therefore did not manage to become part of each house. Demand began to fall, the new models went out less and less. Maybe their minute of glory has already ended, but what to do those who suddenly caught fire the idea of ​​watching movies on a spectacular screen with a smooth bend?

Let's say right away: in 2021, the selection of curved TVs will be strongly limited. In essence, the only manufacturer who today is still engaged in their release - this Samsung, although it is now in priority curved monitors for PC. Why did the attractiveness of curved TVs begin to fall rapidly?

What is a curved TV?

The name speaks for itself. Trend on bends in television panels was born on the exhibition CES 2013. In those days, the technology OLED was relatively fresh, and the manufacturers were in the search for the ideal way to use it. One of the options was TV for home use.

The idea of ​​bending engineers borrowed from IMAX cinemas. Their huge panoramic screens repeat the shape of the human eye, which makes the picture more believable. The electronics industry leaders like Samsung and LG decided that the curved TV is exactly what each living room should decorate.

But, unfortunately, it did not come out. IMAX screens are so big that the picture covers all the field of view and does not allow to be distracted from the film, and the 55-inch TV is only a pitiful likeness. At the very least, the majority of buyers thought so, and the sales of bending TVs went down. Samsung began to turn their production a few years ago, although they are still found on sale.

Why did not come to mainstream?

If the idea of ​​a curved TV is to ensure complete immersion in the movies, which did not like the buyers? In fact, get from the curved TV feeling of full dive is not so easy. First of all, the effect depends on the dimensions. The IMAX movie screen is so great that being in front of him, you would like to fall into the epicenter of the film. The darkened room also contributes to this effect. As for the home television, you will have to sit down close to it and completely darken the room to experience the same feelings as in the cinema.

There is a sitting not in the center or delayed the curtains, the image is not impressed. Firstly, the screen glare from the slightest light source. The more you move to the side, the more the image will be distorted. It is most inconvenient to watch movies in a format that does not match the format of the TV - with large black bars at the top and bottom.

Another complication associated with concave TVs is installation. Early versions did not have any wall mount at all: they had to be kept on a special rack. The non-standard form factor prevents them from fitting snugly against the wall, so finding a place for a TV also becomes a headache.

What about curved monitors? 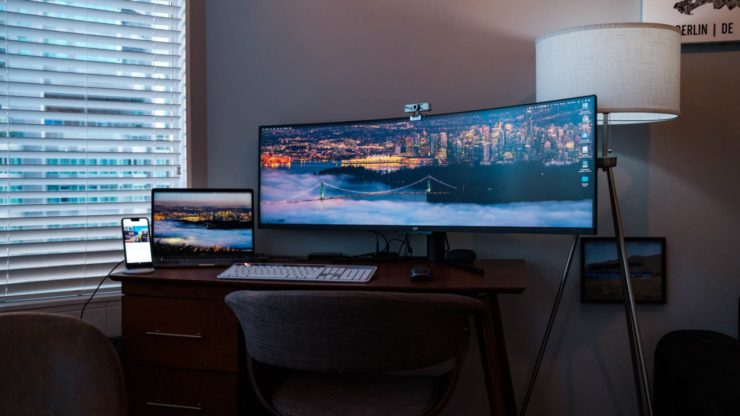 So, several reasons are to blame for the decline in interest in curved TVs. Why, then, are similar monitors becoming more popular day by day? Again, it all comes down to the idea of ​​immersive content. When working at the monitor, a person is much closer to it than to the TV while watching a movie, which means that the monitor area occupies almost the entire field of view. The curve of the matrix eliminates distortion at the edges, all areas are approximately the same distance from the eyes and are perceived naturally without strain.

In fact, modern concave monitors have succeeded where curvature TVs failed. Watching video on a computer monitor is one of the most popular pastimes, and the curved form factor in this case leads to additional comfort. It should be noted that the leading manufacturers in this area became leaders for a reason: Samsung and LG used their best practices during the time that they were engaged in curved TVs.

We just told why curved TVs did not please society, and why their close relatives - monitors with a similar feature - on the contrary managed to increase demand. But still, we will not deny that even today there is an interested buyer on TVs with a bend. Were you impressed by what you saw in the store? Well, a simple listing of the advantages and disadvantages is enough to understand whether this type of technology will fit into your interior and lifestyle.

Incredibly addictive. If you find the right place, the curve of the screen will exactly follow the curve of the cornea of ​​your eyes. Your consciousness will be completely captured by what is happening on the display. But for this you need to be strictly in front of the center of the screen so that the picture covers most of the field of view, like in a movie theater. A good acoustic system for your home will contribute to an even deeper immersion.

Color brightness and contrast. It's not talked about much, but in fact, an inward-facing screen results in more accurate color reproduction. However, in recent years, the quality of flat-panel TVs has grown a lot, so it looks like the score will be equal here.

Comfortable viewing (from the right position). Our eyes are designed to perceive objects in three dimensions, but we spend most of our time looking at flat-panel displays. This leads to overwork of the eye muscles, which can be avoided by using a curved screen for work and entertainment. This, by the way, is another reason why curved monitors are so popular among users who have to spend a lot of time at the computer.

Image depth. Curvature at a large diagonal can give the image a 3D effect. This is because the dots on the screen are further apart and away from your eyes.

Monopoly seller. Today, the only manufacturer, that is, the monopoly of the curved TV market, is Samsung. This means that the company alone determines the cost of all products. Currently, only a few models are being produced with a very biting price tag. More or less affordable options (including used ones) are occasionally found on Internet flea markets.

Search for a place and difficulty in installation. Flat-panel TVs do not require much space. They are almost close to the wall and can be hung without problems in the walk-through areas. A panel with curvature is not suitable for such a room - the edges protrude strongly. As an option, you can place such a TV on a TV stand or reorganize the room so that you do not once again approach the TV, risking hurting it.

Glare. Glare completely kills the impression of an unusual design. In addition, in different areas of the screen, the brightness level is different, so it will be difficult to follow the plot in the light. But if the light in the apartment can be turned off, then it is not always possible to fence off street sources.

Size matters. Most of the benefits associated with curved TVs are only seen at large screen sizes. But a curved screen that spans your entire field of view won't fit into a standard living room. Of course, no one forbids buying a small-sized model and sitting right in front of it, like in front of a monitor, but do you really want to risk your eyesight? In addition, large TVs are much more expensive than compact ones, and this is another factor that has greatly prevented their distribution.

What curved TVs can be bought today?

We hope we gave enough information to help decide whether you want to buy a curved TV. For those who firmly decided to become the owner of non-standard TV, we chose three options. Yes, there are only three - there are no others today. At least on official sale.

Wi-Fi standards and their differences from each other

How to measure Internet speed on Android phone

How to decompress a ZIP on Android

How to turn off android overlay?