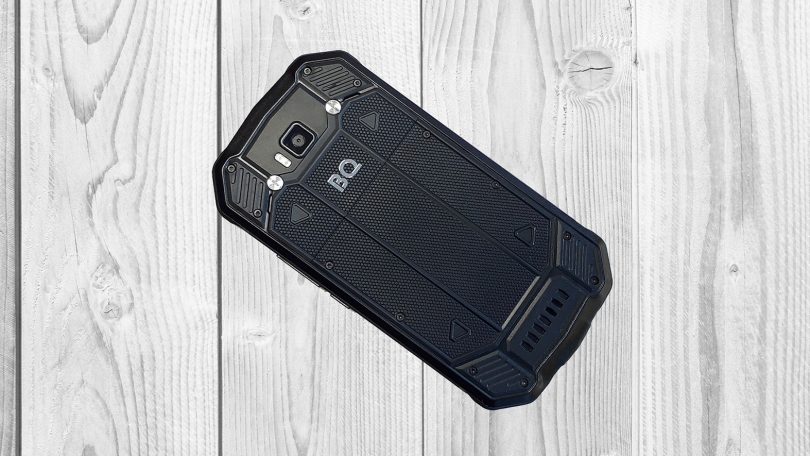 BQ Shark Pro is an upgraded version of last year's Shark. How radically new is it different from the "predecessor"?

Rugged smartphones have always been popular. Even the modest technical characteristics and the heavy weight of such devices did not scare away outdoor and extreme sports enthusiasts who wanted to be sure that they would stay in touch in any conditions. But the prices of devices with protection remained “biting” for a long time - it was enough to climb the catalogs of RugGear and Caterpillar so that the desire to buy a protected gadget disappeared.

Fortunately, in recent years more and more manufacturers have begun to replenish their catalogs with secure smartphones, the prices of which are quite reasonable. Among them is BQ. In February 2018, the company introduced the 5003L Shark Pro model in Russia, the cost of which is about 8 thousand rubles. About what this curious model can do, what advantages it has and how it differs from the usual Shark, we will be happy to tell in our review.

BQ supplies Shark Pro in a rectangular cardboard box black The green color on which the smartphone is depicted, floating among sharks.

is very predictable, if we consider that the gadget is named after the predatory fish. Packaging does not impress capable of providing reliable protection, but in the case of a specific smartphone of this, probably not required. This small element is better not Lose, because to change SIMs using a conventional dumping is the more task.

In the compartment of 3 slots: 2 - under SIM, and one more - under the flash drive microSD. No combined slots. There are no memory cards in the kit, although, given the volume of user memory free from system files, we note that it will not be superfluous. The case and film are also absent, but it is easy to explain: the film is already pasted on the already protected screen, and the case for the device of this type is excessive.

BQ Shark Pro package can be described as sufficient. The box will be able to find the required minimum.

The smartphone looks brutally, aggressively and... absolutely the same as the "predecessor", simple Shark. The device is almost completely fulfilled in black color - orange inserts, traditional for protected devices, BQ does not use. Silver is allocated only by the manufacturer's firm logo and coils from screws on the rear face. The housing of the smartphone is rubberized, And the tires "crawl" and on the front face, framing the glass that covers the display.

This design solution looks doubtful, because the gyms between glass and rubber are very great. Even in the conditions of the usual, "urban" operation of the smartphone, these cracks after just a few days are clogged with dust. What will happen if the owner of Shark Pro will overtake the storm in the desert?

In the upper end you can find a rubber plug, and under it - 3.5-mm connectors for headphones and microUSB for charging and wired data transmission.

Right and power keys are placed on the right. The second is noticeably dangling and a little noise - the same "sinning" was also for the Shark smartphone of the first modification.

On the sidewalls there are metal inserts screwed with screws from below and from above. These low-challenging elements also contribute to improving the security of the smartphone.

It is impossible not to mention the weight of Shark Pro - a very hard smartphone. A person who is accustomed to the traditional 150-160 gram devices, for sure the first time will feel discomfort, removing this rubberized "brick" from the pocket.

Although on the Shark Pro box and depicted immersed in the water, hurry to gain a bath to put an experiment on the smartphone, not worth it. The device will not survive the immersion - the degree of protection, alas, not that.

BQ Shark Pro is protected according to IP65. The name of the standard indicates a lot: the first figure reflects the degree of protection against dust, the second is from moisture. And if dust gadget is not afraid at all (6 - maximum evaluation), then water can still withdraw the device. The device will withstand contact with a small amount of moisture without a strong pressure - if the user randomly drops it in a puddle and immediately raise, no problems will arise. But for photo and video and video of the inhabitants of the sea depths, Shark Pro is definitely not suitable - it is better to look for a device protected according to standard IP68.

BQ Shark Pro is pleasantly surprised by its display. Userrs have a mass of complaints to the screen of the first modification of Shark - was argued, in particular, that he was faded. The updated gadget will not accuse this: its screen is characterized by sufficient brightness and sharpness, as well as wide viewing angles.

The key to high quality images on the screen (the resolution of which is not so large) is Miravision technology, "brainchild" of MediaTek. Due to the fact that Shark Pro supports this technology, the user can configure the display completely "for itself" - that is, to adjust not only the brightness, but also contrast, saturation, color temperature.

The subsection " Miravision" is the first in the settings section " screen". Blieves in the subsection, you need to click on the icon with 3 horizontal lines in the upper left corner. The menu appears - in the " express mode" field, you should install " user mode", and after that you can start playing with the sliders.

Despite the fact that the BQ provided the Shark Pro with a more modern processor, rather than stood on the first Shark, to records of performance The updated device is incredibly far away. According to the results of the tests in the Geekbench, the smartphone scored 532 points in a single-core mode and 1496 points in multi-core. This is about between Samsung Galaxy S3 and Samsung Galaxy S4.

even though figures and spoke very eloquently, that productivity - "not a horse" Shark Pro, we still decided to test the tests games. The demanding Asphalt 8 has long resumes and hung, but then "flew out." Last Empire-War Z and Need for Speed: No Limits did not "fly out", but the lags were serious and interfered with playing. But the subway surfers "went" without problems and freezes - with the games of this type of smartphone from BQ copes.

As for the operating system, the BQ developers did not become "to invent a bike" and equipped the Shark Pro by the usual Android 7.0 Nougat. True, in the submission to the "OS Operation", they also downloaded many applications to the phone, the utility of which seemed to us doubtful - for example, UC Browser, " Give life" and " InfoHub News." Fortunately, all these applications can be easily removed through " settings".

8-megapixel rear camera Shark Pro makes it quite good snapshots during natural lighting. True, if "zaming" photos on the smartphone, the pixels are visible clearly, but you need to understand that we are dealing with budget telephone.

Especially pleased with a huge number of settings and parameters. The user, for example, can adjust the exposure and white balance to its taste - even before it starts to remove:

When photographing in the dark, the chamber showed itself worse.

The front camera gives decent results, but only if you refuse the use of modes HDR and "beautiful face." If you activate, for example, a "beautiful face", then in the photo you become a little similar to the wax mummy.

At the Shark about a standard set of wireless modules - the smartphone supports Wi-Fi, Bluetooth version 4.2 and 4G. By the way, the Pro modification differs from the usual Shark - the predecessor could only work in 3G networks.

For all time testing, no problems with communication occurred. The interlocutor is heard clearly and distinctly, the Wi-Fi-connection is always stable. As for 4G, the mobile Internet on Shark Pro "Catch" even in the subway!

BQ Shark Pro is equipped with a 2nd sound improvement technologies: Besaudenh and Besloudness. The first improves the sound in the headphones, the second increases the volume of the speaker. 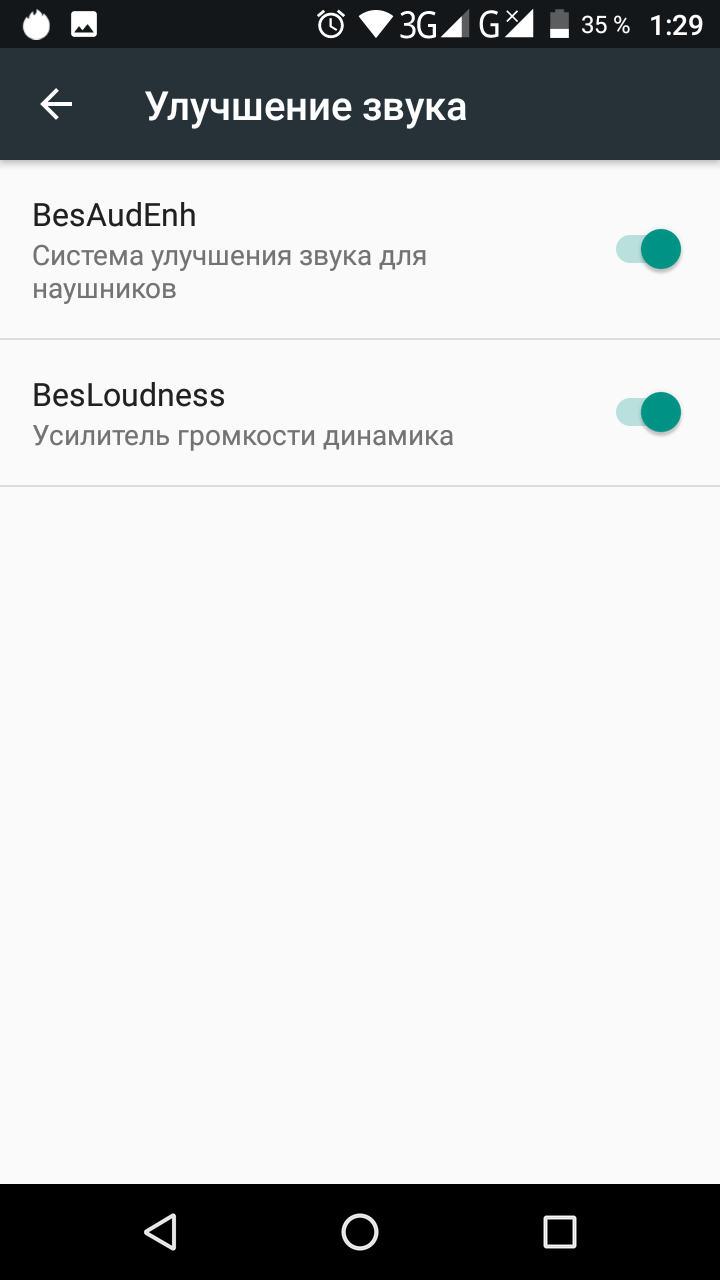 Besloudness gives the effect, but it is impossible to call it uniquely positive. If you activate the corresponding slider, the smartphone really and the dead will be able to wake up - that's just a speaker, obviously not designed for such a volume, begins noticeably hoarse. About high quality sound and speech does not go.

As for Besaudenh, this technology is really seriously improving the sound of music, but only because without her sound is completely bad, as if from the phone's tube. Besaudenh smoothes the frequency range, adds low frequencies, music begins to sound warmer. However, with an activated "improvementizer" there is a space for improvement - Melomanana will have to regret that in addition to various BQ technologies, it has not installed a simple parametric equalizer into the phone.

The battery on Shark Pro is notable, the container is 3200 mAh. If you think that this is not enough for a battery of a modern "mobile phone" with 4G, try to use the smartphone from BQ, and you will understand what is wrong.

BQ is real experts in optimization issues for energy saving. The devices of this company, having small batteries on the tank, are distinguished by decent autonomy.

A whole day of torture with checks in benchmarks, downloading games and applications from Play Market, Internet surfing and periodic calls Shark Pro issued more than worthy. Having in the morning 95% of charge, a deep evening smartphone showed that the battery is full half. If you use the device less actively, it will be able to hold out 3-4 days on one charging.

To the number of advantages of the BQ Shark Pro apparatus, in addition to protectedness, it is possible:

The smartphone has disadvantages:

The Shark Pro device differs from the “predecessor”, the Shark model, in just a few ways: first, it supports 4G, second, equipped with a more modern processor (MT6737 versus MT6580), third, has more memory - both operational and user. An improved smartphone costs 1,000 rubles more.

Thank you BQ for not having to choose between a “secure” smartphone design for the modern user and decent specifications. Despite the fact that the main "chip" of the Shark Pro device is protection, it has functionality that is quite sufficient to perform the tasks that are set for ordinary smartphones. The potential target audience for which the gadget from BQ is designed is small, but in its narrow niche, due to the excellent combination of price and quality, this smartphone is almost doomed to become a hit.

The best apps to learn German

How to shoot on a smartphone underwater?