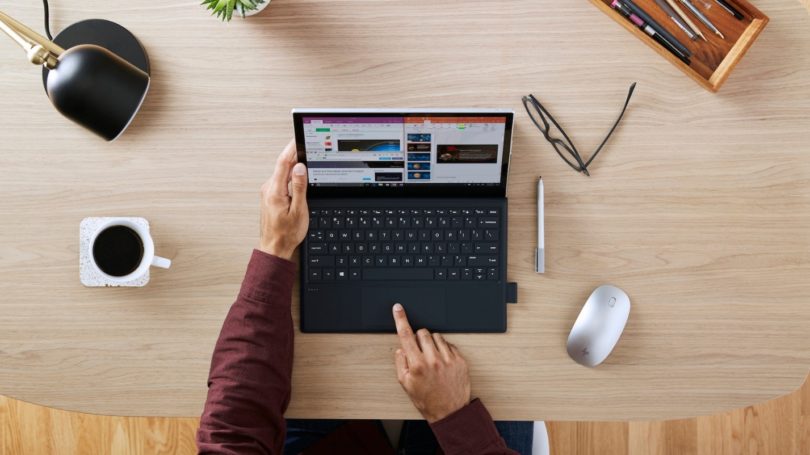 We tell where programs are taken from where the processor and is the RAM.

Many have noticed that when downloading an application or game, two versions are often available - 32- and 64-bit. In appearance and functionality between them there is absolutely no difference. All differences lies inside - in the architecture of the program itself.

What is the bit?

To understand the discharge of the program, you need to be performed into the operation of computer processors.

If we speak simple words, the size is the amount of information in the bits that the processor is exchanged with RAM for one approach. The 64-bit processor is more efficient from a point of performance than 32-bit, since in one clock it transmits 64 data bits in RAM, and not 32.

But honestly, for the modern user, this information does not play a significant role, since all processors manufactured today refer to 64-bit products and are able to work without problems in 32 bits mode.

32-bit processors recognize the limited RAM volume - not more than 4 GB. 64-bit such a rigid limit do not have. Accordingly, to enjoy a large number of RAM - over 4 GB - 64-bit CPUs should stand in the computer and the entire hardware (partly and software too) should be selected in such a way that the entire set of RAM can be involved.

Theoretically, 64-bit processors also have a limit on "visibility" of RAM - 16.8 million TB. But in the foreseeable future in computers will not be used by the hundredth of this number.

The discharge exists not only in applications, but also from operating systems.

The basic versions of Microsoft Windows have a 32 bits bit. These applications experience the same restrictions on the volume of operational memory used. Even in the most perfect and professional version of Windows base level 4 GB is the maximum amount of RAM, which can be involved by applications.

When 64-bit processors have become available to a wide circle of consumers, Microsoft and Apple began to design a 64-bit OS, without which users would not see the gain of computing power. The first fully 64-bit OS was Mac OS X Snow Leopard 2009, and the first smartphone with a 64-bit chipset was iPhone 5S on the Apple A7 database.

On the official website of Microsoft there is a page where memory restrictions are listed for various versions of Windows, including server assemblies. But in general, if you work on the latest version of Windows 10, you should not worry about any limits.

64-bit versions of Windows are installed on powerful computers, as they allow you to achieve greater performance from PCs due to the hardware and program benefits of 64-bit products.

In fact, not all programs require more than 4 GB of RAM. This requirement is typical for graphic and CAD editors, modern video games, etc. A less demanding application resources can be developed based on 32-bit architecture and successfully run in a 64-bit environment without additional settings. An exception to the rule is Antiviruses and Drivers: To work correctly, their architecture must correspond to the Architecture of the Environment.

The same, but not exactly

Proof that the processor of your computer is able to work in 32 and 64 bits modes, you can find yourself. In the 64-bit version of Windows on the disk with there are two Program Files folders - just Program Files and Program Files X86. In the first installation, 64-bit programs fall, and in the second - 32-bit.

In Windows, all applications use the same resources built into the DLL files. The structure of these files may have differences depending on which type of application will use - 32- or 64-bit. If a 32-bit application tries to use a 64-bit DLL, an error will occur, and the application will most likely stop working.

But as mentioned above, many programs are still designed for 32-bit OS. This is a long-existing and well-studied environment. To start such programs, special settings are not required, the computer simply uses two different directory of resource files. Automatic distribution of programs for folders Program Files is an instruction system, which directory to use to start a particular application.

Clean Android: What does it mean and why is it needed?

How to check the status of the battery on Android

How to properly clean your computer

The best monitors with a diagonal of 27 inches

How to remove the virus from the phone on android?