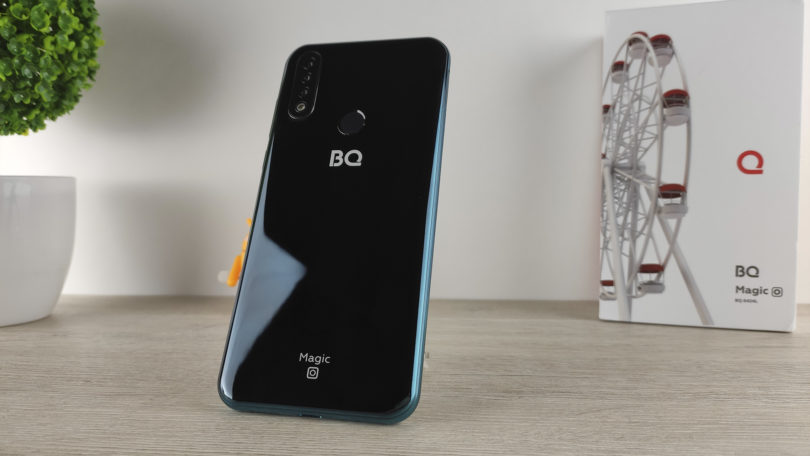 Domestic company BQ is known and loved by buyers in Russia. The reason is simple - affordable prices, good performance and adequate quality. Today we will talk about the best smartphones of the brand.

With the appearance of the Russian company BQ on the mobile electronics market, domestic users finally have the opportunity to purchase an inexpensive and at the same time not Chinese smartphone. The manufacturer's catalog consists of 80 percent models that, with very decent characteristics, have a price of up to 10 thousand rubles - which means they are considered budget.

In this article, we will present the best BQ gadgets that deserve attention for one reason or another: some due to technical innovations, others due to their very modest price. 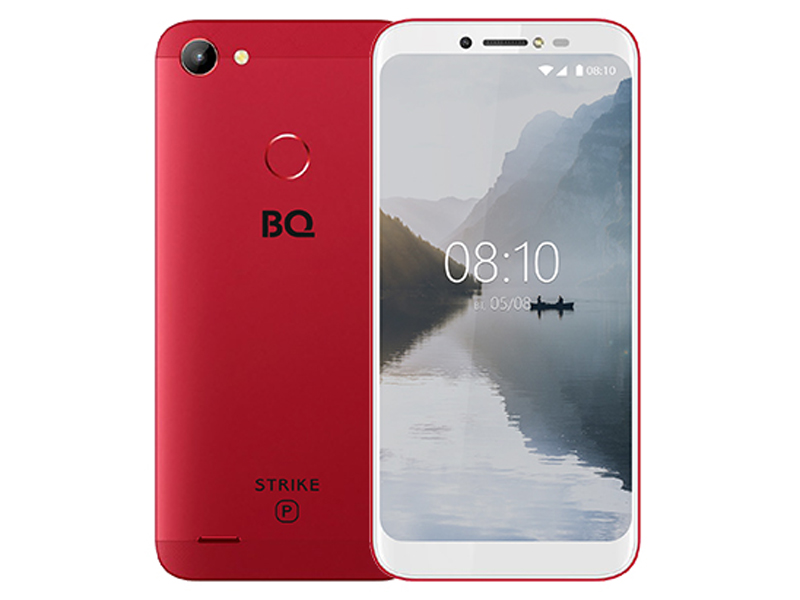 BQ 5514G Strike Power is a frankly budget smartphone released in 2019. It has little memory, a weak processor, no 4G support, and Android is old here - version 8.1. But the model has advantages that can make the purchase worthwhile.

The device is very cheap, it has a small size, a partially metal case (back cover), a good display and a very large battery. However, he still knows how to take pictures. The quality of the photos does not shine, but still this is not the kind of camera that you don’t want to turn on at all. If necessary, you can take a couple of shots.

The result is a very cheap entry-level phone for those who are looking for a device for a small child, an elderly person, or just want a touch-enabled phone gadget that does not have to be charged every day. 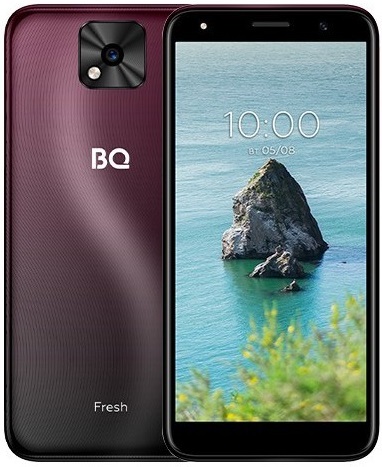 Another affordable device from BQ is the 5533G Fresh. It will appeal to those who are looking for a fresh OS and good looks. The device runs on Android 10 Go, which partly compensates for the modest hardware. The body is plastic, but the surface has a nice textured finish with a few nice colors including wine red.

The smartphone is still without 4G, it has a modest display resolution, a small removable battery and modest cameras. Suitable for elementary school students or elderly people. 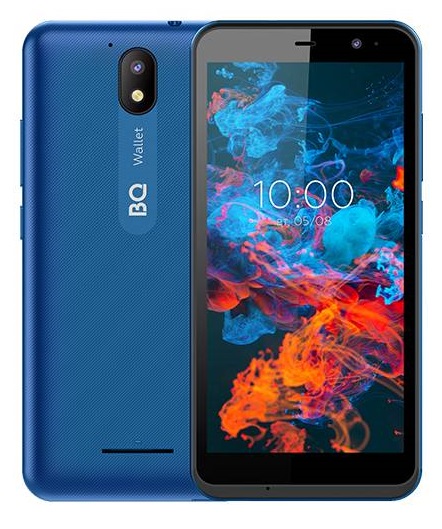 Another representative of the lowest price segment from the company BQ. The model has recently entered the market, so it can offer users a modern version of the OS - Android 10 GO. And at this interesting moments do not end.

The hull here with a textured surface, which, together with little dimensions, significantly improves ergonomics. There are several colors to choose from. The screen was installed small, it was created by IPS technologists and even with a minimum possible resolution demonstrates a high-quality picture.

Stuffing frankly modest, wait for high performance or run games on it is not worth it. But sit on the Internet or social networks is quite real. The phone supports two sim, both can work with 4G. Separately, it is set the memory card, which is exactly useful here, so its own drive is small.

The battery is modest and it is not enough for a long time, but it is removable that a kind of plus. The cameras in the device are simple, good frames on them not to do. The main advantage of the model to budget competitors is the presence of NFC, which allows you to pay for the purchase device.

Best ratio of price and quality 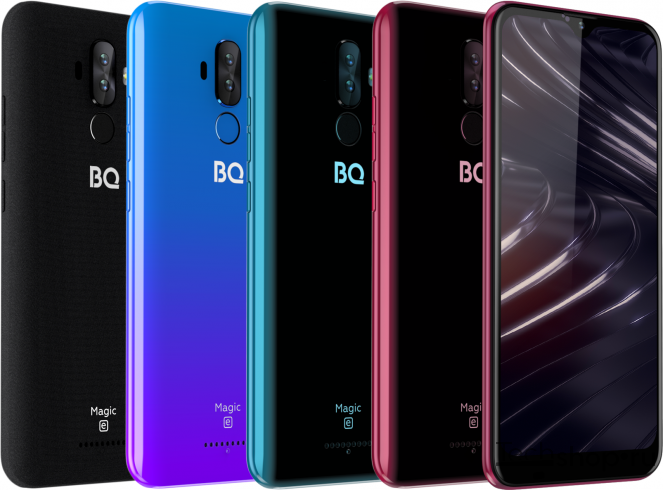 This inexpensive device will have to do with those who are looking for a modern smartphone to solve basic tasks. He got a good performance so that on it could watch movies, sit on the Internet or run simple toys. It has a removable battery and a separate tray for sim and memory. Both SIM cards support LTE, which is also plus. A pleasant bonus is the presence of NFC.

The device is concluded in the plastic case with gradient overflow of colors on the surface. Rear is located Double camera, a finger scanner and a LED for notifications. The front panel received a drop-shaped cut under the chamber. Works device on Android 9 with updating to the 10th version. 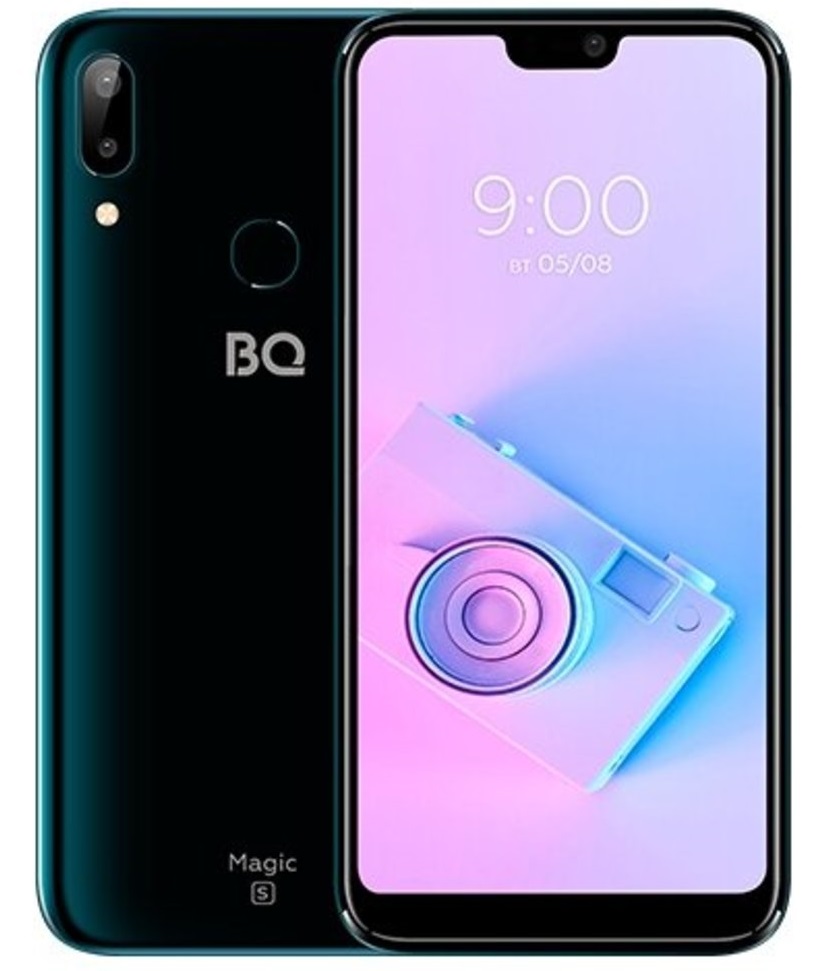 Magic S is a smartphone with excellent balance of characteristics. For a small cost, users receive a small IPS display with high resolution, a good memory combination, a fairly smart processor for basic tasks and a battery, which is enough for an active use day.

is supplemented with high-quality cameras and NFC. Behind the double sensor, the auxiliary lens is of the nature of the presence and the quality of the pictures does not affect, but the main thing makes good photos. On the front panel, the manufacturer also posted a high-quality 16 megapixel sensor, which will delight the fans of Self. Supplements a positive picture of a non-comberized tray and pleasant colors of the case. 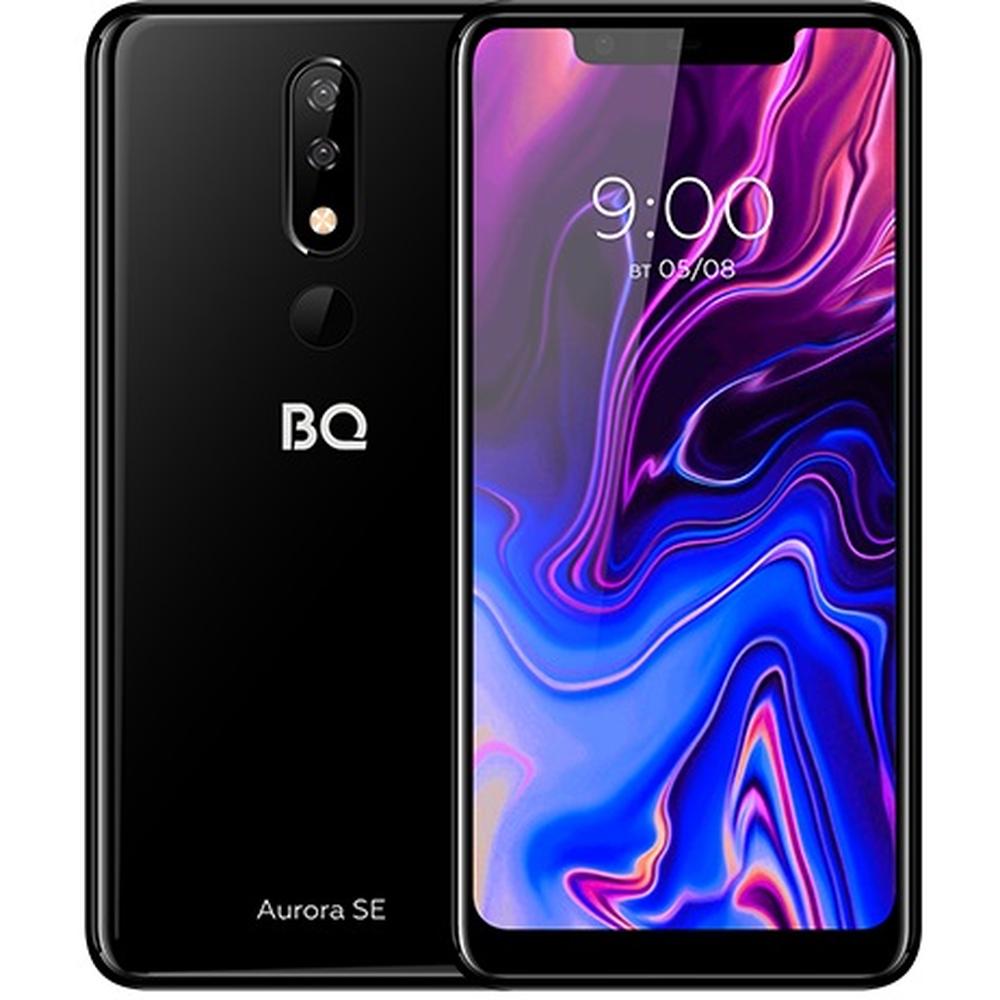 This model with its affordable price tag is a very powerful device. She has its drawbacks, but also enough strengths. The device has small sizes, pretty high-quality IPS screen and cute appearance. The case there is plastic with a gradient overflow. Three color solutions are available.

The main advantage lies in the hardware. It uses a powerful processor and a good memory set. This is enough not only for surfing or multitasking work, but also to launch games. There is a good chamber in the device, and the model equipped USB-C, which also looks amazing for this segment of prices. Aurora SE works on Android 9. 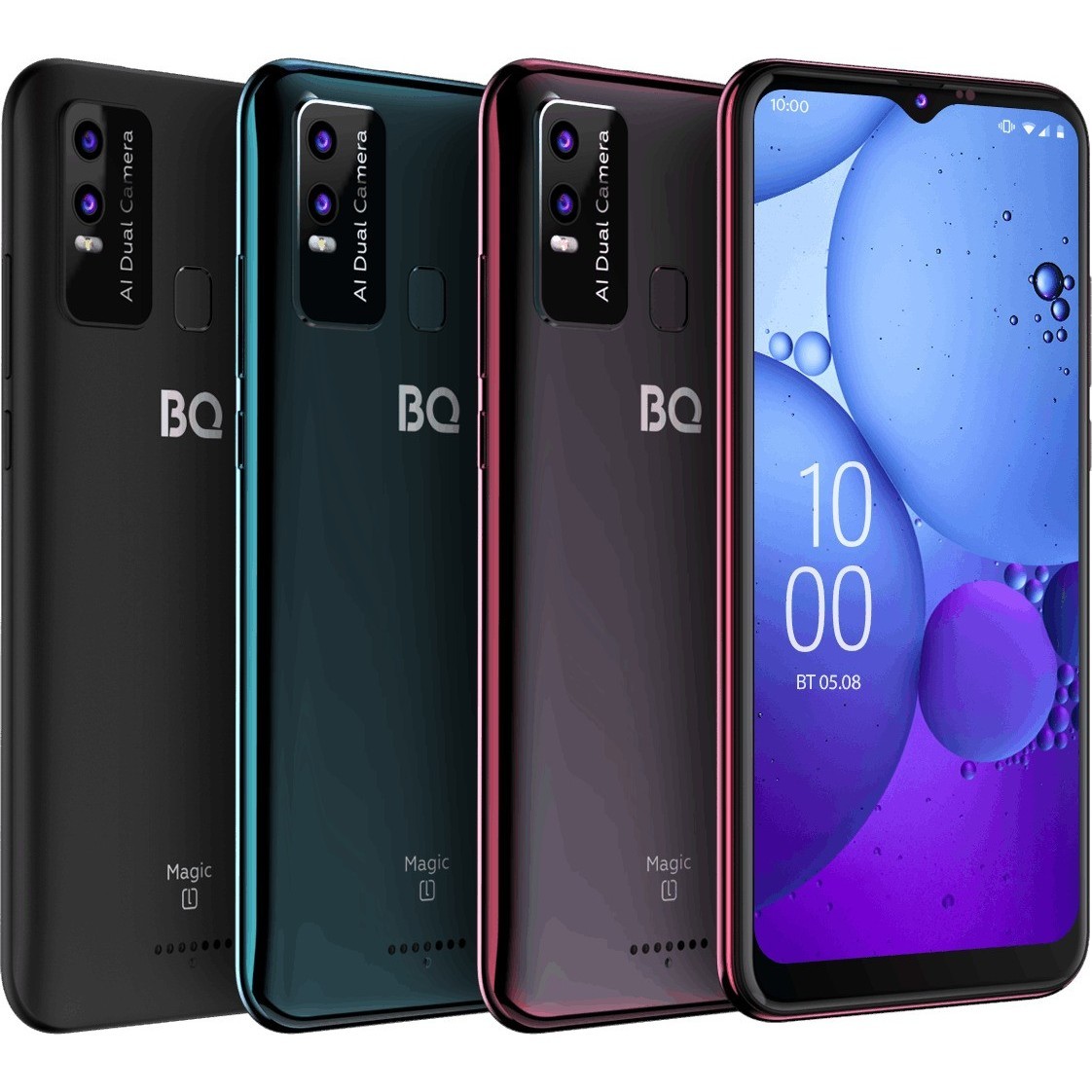 Magic L - model 2020. Of the disadvantages here is not the strongest chamber and the chip, but the advantages are much more.

The device looks beautifully, has several color solutions and pleases a large display. Although it does not differ in high resolution, but the picture displays high-quality, you can find pixels, but only if you are very trying. The cover here is removable, the capacious battery and three connections are hidden under it. You can simultaneously use two sim and additional memory.

The hardware for this price tag is not bad. Enough to comfortably use social networks and messengers, watch video and play simple games. The device works on Android 10, has a simple interface not overloaded with superfluous settings or useless software.

BQ 6424L Magic O - Smartphone For those who are important to the appearance of the device. It is made in accordance with most of the trends of our time. It has a bright, gradient finish, a large display with a hole for the camera, and even a USB-C port. At the same time, the manufacturer was so carried away that, as a tribute to fashion, he deprived the device of the connector 3.5 and this is frustrating.

The performance of the model is quite good. Here is a modest, but still smart processor, which is enough for gaming at minimum settings. There is also a good supply, though the constant will have to be expanded to the detriment of the second sim - the combined tray.

The main camera is triple. The purpose of the third sensor is unknown, probably for beauty, but in general the pictures are not bad. There are no questions about the front module. He not only takes pictures, but also unlocks the device in the face. 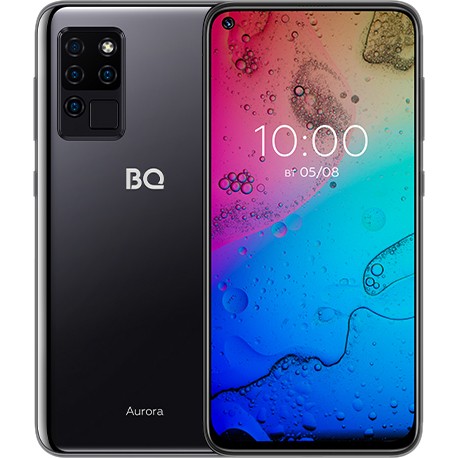 The 6430L Aurora is BQ's most advanced smartphone to date. Like other models of the brand, he received a plastic case in several colors. There are a rectangular block of cameras at the back, there are a lot of them and they look modern, and a fingerprint scanner is installed under them. The solution for a fingerprint scanner is not the most familiar, and according to user reviews, it is also not very convenient.

A powerful chipset and a lot of memory are hidden under the case, which is enough for comfortable gaming at medium settings. The picture is displayed on a large display, which, in addition to a rather large size, will please with FHD resolution. To complete the picture, the camera is neatly cut into the corner - so the device looks as modern as possible.

Nice features include NFC, USB-C and face unlock. Cameras coped with the task decently, especially pleases the front module. All this works on Android 10.

For those who are looking for a device for use on an active vacation or simply in extreme conditions, this model will be a good choice. It received a protected housing and has certification IP68. This affected sizes and weight. Despite the fact that the screen is small here, the smartphone is large. Regarding the screen it is worth noting that its small resolution is enough for this diagonal, and he also pleases with high brightness, so there is no problems with readability.

The hardware is designed to actively use social networks, surfing, watching movies. Enough even play low settings. With memory everything is fine here - it is a lot of her. If necessary, you can expand, but the slot is combined.

The volume of the battery is medium, but due to the high brightness enough it is only for the day of use. Cameras have shown well, these are not the best pictures in this price segment, but the quality is decent. There is still an NFC module and modern USB-C.

If in search of a budget phone, the buyer "will credit" into the BQ catalog, it is almost certainly Find what he needs. BQ gadgets "Stars from the sky are not enough" and in the news it is rarely flashed, but better than other devices are suitable for the role of "work horses".

The Russian BQ has already deserved an excellent reputation as a manufacturer of "budgets", and now tries to conquer the average price segment. And it should be noted that the company definitely has the chances of success in this direction.

Is it possible to keep a laptop on charging?

How to choose a quadcopter: Guide for beginners fly

Protected smartphones with a good camera

IFA 2018: What to expect from the International Consumer Electronics Exhibition in Berlin