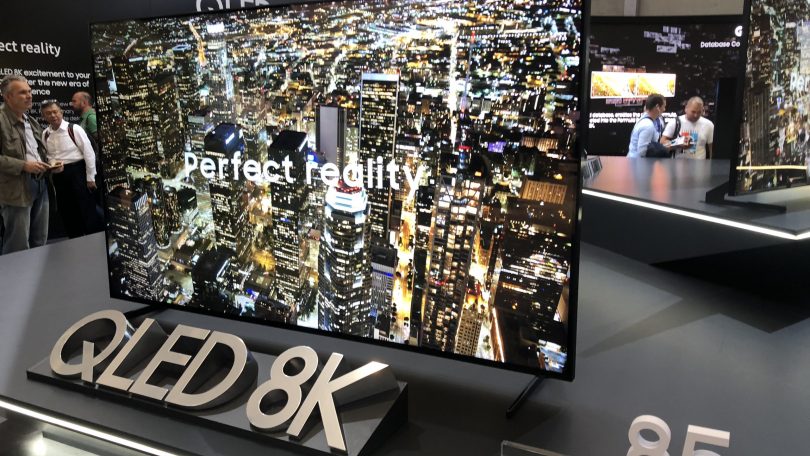 8K TVs have become one of the most talked about topics at CES 2020. We invite you to get acquainted with the features of the new format and find out how 8K differs from 4K. And at the same time, think about whether it is worth changing the 4K TV you bought last year for a more advanced one.

In short, 4K Ultra HD is four times as many pixels as Full HD. Accordingly, 8K Ultra HD is four times the resolution of 4K and sixteen times the resolution of Full HD. How important are these figures for the average consumer? Is the increase in display resolution a qualitative breakthrough in cinematography and graphics? And how soon will 4K TVs give way to a new generation? We will answer all these questions today.

Elementary-level math suggests that 8K should be twice as much as 4K, but it's actually not. Since we're dealing with horizontal and vertical lines, and 2x zoom is in both directions, 8K is four times 4K, or sixteen times Full HD.

The total number of pixels is important for detail, but other technologies such as high dynamic range HDR also contribute to image enhancement. It makes colors brighter, more saturated and has a positive effect on the perception of the picture when viewed from a long distance. And the benefits of 8K show up on larger displays and up close.

A Brief History of 8K TV 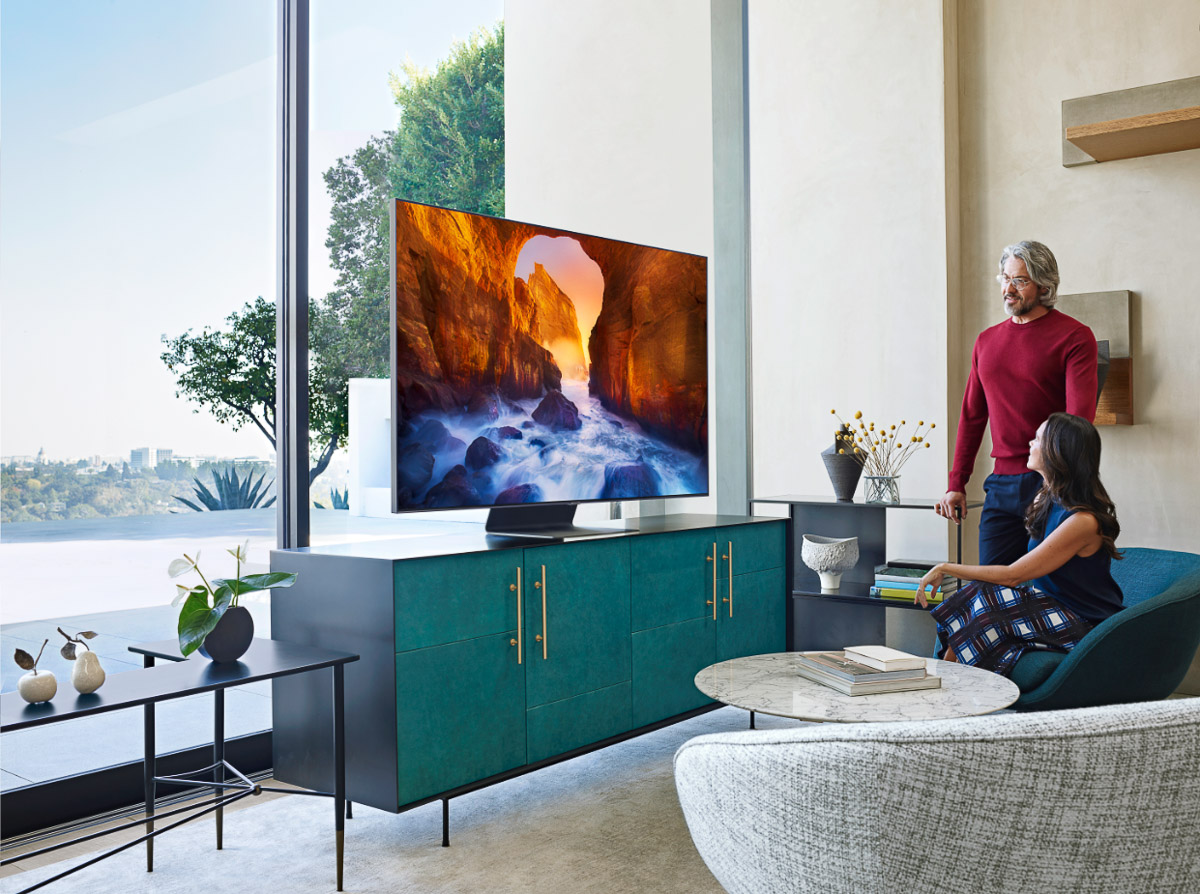 4K TVs have just started to gain popularity. The first 8K TV was demonstrated by Sharp at CES 2013. It had a diagonal of 85 inches, but in fact it was not the first device with such a high resolution, because display panels with a similar characteristic appeared even earlier. The technology was a breakthrough, but not yet ready for mass implementation. This explains why 8k-TVs began to be sold much later than 2013.

Over the next years, other companies have also shown prototypes of TVs with ultra-high resolution. They did not even stop the fact that televisers barely managed for the introduction of 4k. In 2016, the Japanese television company NHK began the first satellite broadcasts in 8k. A little later, in the same year, part of the Olympic Games in Rio de Janeiro was completed and showed at 8k on NHK. Of course, it was impossible to watch it in such a capacity on the home TV, so the broadcast was conducted in specialized cinemas.

In September 2019, the American Association of Consumer Technologies CTA approved a new standard and developed a logo for devices with support 8K Ultra HD:

Any 8K-TV corresponding to the CTA requirements may have this marking on packaging and promotional materials to give the buyer to know - in front of it the best and newest product of modern technologies. The requirements themselves are that the TV should have a native resolution of 7680x4320 and the ability to scale up the lower resolution material up to 8k. Support for HDR is also needed, but there are no specific indications of what the standard is preferred. And besides the device listed, at least one input with HDCP 2.2 is required and a 10-bit color processing technology on a pixel basis.

When will 8k-TVs become widely available?

Let's start with the fact that 8k-televisions are already sold. Samsung released its first model in 2018, and later on CES 2019 introduced a whole line, which included Q900 with a diagonal of 55-98 inches and worth 250 thousand rubles in the basic version. The first 8K OLED TV LG became the largest in the history of the company: 88-inch Z9 OLED costs 2.5 million rubles. Its more affordable analog - 75-inch 8K Nanocell - is offered for 300 thousand. Series Sony 8K Z9G is released in two sizes - 85 and 98 inches. Behind the advantage in the form of thirteen additional inches will have to give an incredible amount - 6 million rubles.

8K-TVs are real luxury. In the current year they will remain too expensive for most buyers and next most likely too. However, as more brands are connected to their production, prices in competition will be inevitably falling. For a couple of years, the cost of 4K-TVs significantly decreased, and with the new generation sooner or later it will happen the same.

The first 8K-TV from Sharp began to be sold in Japan in 2015 for "professional use" for 133 thousand dollars. Today it is no longer an exclusive: we already have its 55-inch analogue of Samsung in total 3.5 thousands of dollars - that is, 97% cheaper. These figures show that the segment of TVs with ultra-high resolution is becoming increasingly affordable.

And what about the video in 8k - it is a lot or a little?

Aven a year ago 8k-video available for home viewing, almost did not exist. Even if at that time you had a 8k-TV at home, it was almost no sense. But the situation is gradually changing for the better.

Vimeo Stregnation Site added 8K support in November 2017 and at the moment offers more than 6,000 rollers with a corresponding tag. On YouTube, the new format appeared even earlier, now the platform has in stock a thousand 8K-rollers, although when searching through the filter system, 4K is specified as the maximum resolution. In December 2017, NHK launched a 8k-channel in test mode, and last year it made it constant, but there is no longer a wide variety of gear on it. The main 8k-broadcast of 2020 is at least in Japan - the Olympic Games in Tokyo will be. How many games will be broadcast in this resolution in the United States and Europe, is still unknown.

Is it worth buying 8K-TV?

The TV with the highest possible resolution - the purchase is incredibly expensive, but to some extent justified. The availability of films and videos in 8k is not the only reason. The fact is that these devices have the "Apquale" function, that is, they can stretch the 4k-picture to 8k with positive changes in quality. To confirm this, Samsung has delivered two 85-inch televisions nearby, one of which reproduced 4k-videos in 4k, and the other with an increase to 8k, and in the second case the image looked clearly better. The latest SAMSUNG processors with an artificial intelligence system, which runs on improving the quality of 4k content is played by the latest SAMSUNG system.

Shops are already offered professional 8k-cameras, and it is possible to say with confidence that in the near future the number of video in 8k on disks and on the Internet will grow, but perhaps not as fast as you want. If we talk about 4k, then this format has not yet reached the peak of its popularity: many streaming services support it, the choice of Blu-Ray 4K UHD disks is growing, however, before 4k reaches widespread distribution as HD, far away.

The adoption of the digital broadcasting standard ATSC 3.0 will eventually lead to the fact that all television in the world will switch to 4K. However, ATSC 3.0 was finally approved by the US Federal Communications Commission relatively recently - in November 2017, and it is far from obsolete. Technically, 8K is ATSC 3.0 compatible, but most cable, satellite, and other TV providers are busy promoting 4K at the moment.

Due to the demand for HDR, broadcasters are also focusing on expanding high dynamic range offerings, and this is another factor that could hinder 8K adoption, at least for now.

While 8K TVs are already available for home use, they are of little practical value (HD and 4K were the same way in their early days). In addition, a 4K TV is enough for most people and few will agree to change it to a new one for the sake of some quality advantage.

All about smartphone displays: technology and parameters

The best applications for learning English

Android 9.0: All information about Android P